An important role to play

The role of a Senator includes important matters such as:

Most bills are introduced into the House of Representatives and then sent to the Senate. Bills may commence in the Senate, except for money and tax bills.

Most bills are introduced by Government Ministers however, other members of Parliament can introduce their own bills, known as private members' or private Senators' bills.

There are a number of stages that a bill must go through before it becomes a law. 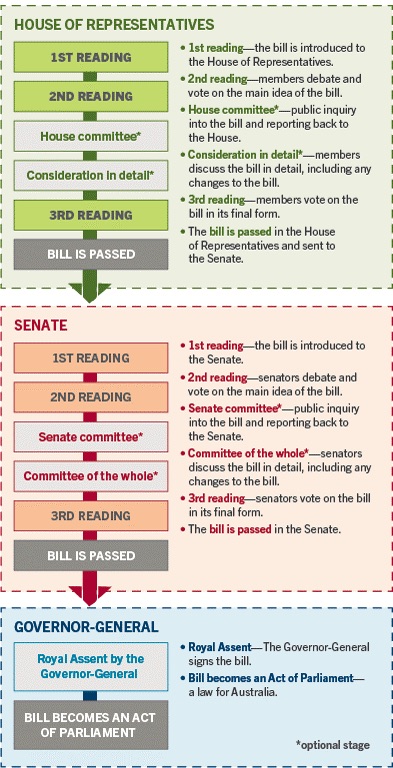 A bill will become law when it has been passed, in identical form, in both Houses of Parliament and given Royal Assent by the Governor-General.

Senate Estimates hearings occur three times a year - in February, May (following the Budget) and October.

A petition is a request by a group of citizens for the Senate to note a certain issue or take action to resolve it.

Petitions also need to be formatted in a specific format, otherwise the Senate won’t accept them. If you would like Stirling to submit a petition on your behalf, please contact his Electoral Office prior to collating the petition.